Nancy Hanks was standing in a lift, her eyes fixed on her cellphone, when the doors opened onto a familiar face. It was one of her former students, a boy she had expelled from the school she led in one of Chicago’s toughest neighbourhoods.
She was flooded with fear. What had become of the student’s life? Had her decision helped set him on a path toward failure?
She also was flooded with regret. Why had she kicked him out of school? She could have chosen a different path, and a more courageous one, she said, recalling the encounter in a speech last month in Washington at the 25th anniversary summit for Teach for America.
She urged the other TFA alumni to examine their own contributions to the so-called school-to-prison pipeline, which disproportionately affects students of colour and students with disabilities.
Hanks, now a top administrator for the school system in Madison, Wisonsin., addressed more than a thousand people in a huge convention-center hall — a place no one would consider intimate.
But the crowd hushed as she spoke, and soon, some teachers in the crowd were wiping away tears.
“I was nervous about giving this speech because I’m certainly not an expert in this field,” she said in a recent interview. “I know colleagues and professors who are way more well-versed in all of the nuances of this work. But I feel like there are people who are like me, everyday trying to do the right things by kids, and who are confronted with these situations where you have to sometimes make courageous choices that ultimately can impact people for the rest of their lives.” 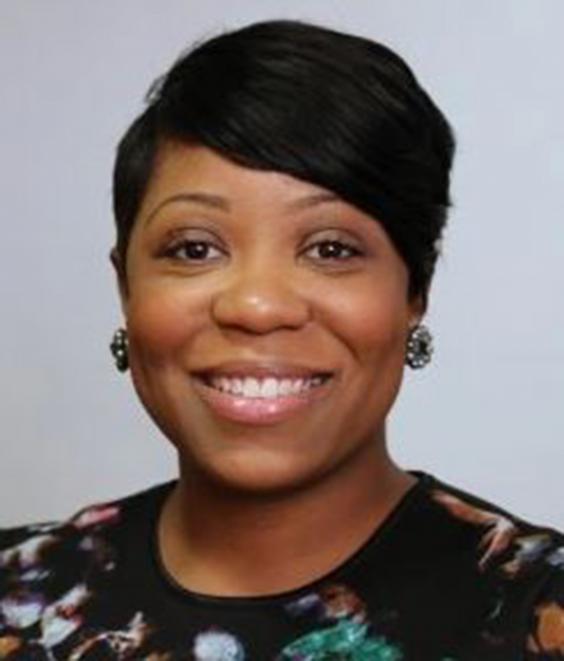 In Madison, Hanks has played a key role in revamping district-wide discipline policies, replacing the old zero-tolerance approach with an approach built on the conviction that suspension and expulsion don’t solve problems at the root of student misbehaviour.
Read Hanks’s entire speech — and find out what became of her former student — below.
Speech by Nancy Hanks, delivered February 6, 2016:
I’ve thought long and hard about what I wanted to say to you about a subject like the school to prison pipeline. I found myself wondering what I had to say to you that was so compelling or profound that it would leave you inspired yet convicted to move to action. Certainly my time as a middle school teacher, a headteacher or district leader should yield some words of wisdom — right?
I thought about what quotes I could use to inspire you. Should I go with an MLK quote or a Gandhi? “Be the change…” “Measure of a man…”– The usual suspects. But those didn’t seem like the words I felt I needed to share with you today.
So I went back to the drawing board.
In my next draft I decided maybe I could point to the data. Because the stats alone would be enough to move you, right? Data shared by the US Department of Education in 2014 clearly show that while black students in our schools represent only 16 percent of the student population, they constitute 32 to 42 percent of students suspended or expelled, 27 percent of students referred to law enforcement and 31 percent of students subjected to a school-related arrest. Compelling, right?
But then I started to look at this another way. Part of our problem is when we talk about the issue of the school to prison pipeline, some of us are looking for someone to blame — a group, a system, an antagonist or villain to pin this issue on.

We’ve somehow found a way to conveniently externalise the pipeline. We’ve made it about a systems and structures and vestiges, and we’ve divorced it from the actions that each of us take on a daily basis. We’ve made it this abstract thing out there somewhere, something to be shunned and examined, a Huffington Post article to share, another cause to tweet.
Now don’t get me wrong. I’m not “sleep,” naive, or dismissing any of the complexities of institutional racism or mass incarceration or the myriad of forces at work. But when we keep the conversation at that level, it allows to avoid doing something that deep down none of us want to do. Which is make it personal, and admit our own fault and contributions to the pipeline.
I know that’s hard to hear. But yes, you and I, intelligent, well-intentioned warriors of equity — we contribute to the pipeline.
Consider this:
If you’re a teacher, it’s in the moments when the unconscious bias — that we all have, by the way — compels you to address the “aggressive” or “off task” behaviours of your scholars of colour while the identical behaviours of their white peers often go unaddressed, banishing those students to the main office, discipline referral form in hand while you continue on with your well-designed Common Core-aligned lesson. That’s your contribution. 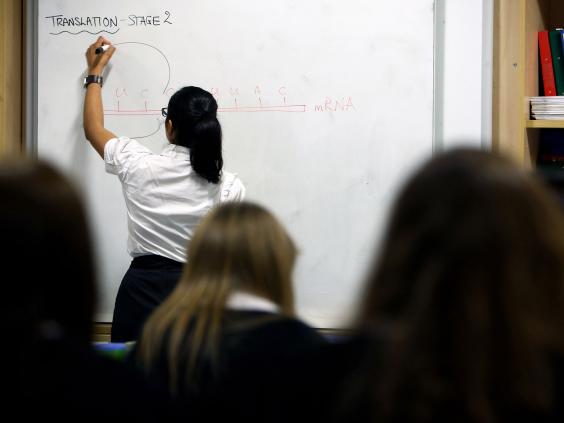 If you’re a dean, headteacher or assistant headteacher, it’s in the powerful decision points that you hold as to whether or not you are going to suspend or expel students, sometimes as young as 4 or 5 years, because they’ve somehow “disrupted the learning environment” or “defied school authority” or violated one of many often subjective infractions in our codes of conduct. It’s also in the incidents when you deliberately misuse school resource officers — inappropriately involving them in incidents that don’t need officer involvement and that often escalate in a matter of seconds, blurring the line of what is criminal behaviour and simply a matter of school discipline. That’s your contribution.
If you’re a superintendent, it’s in the policies you fail to change. Continuing to promote zero tolerance, masking it as just a commitment to safety or “high and unwavering scholarly expectations.” Failing to engage your boards in the conversation around the data and disproportionality because they may think a more restorative approach will be “too soft” and will compromise safety — and after all, rocking that boat may cost you your next contract renewal. That’s your contribution.
I could go on and on, but you get the point.
Yes, systems matter, and yes, there are villains out there. But we’ve got to be way more honest and own our piece of this.
Now I can see somebody right now walking out feeling some type of way…. like, “Can you believe her? She was up there throwing shade, talking about ‘I’m building the pipeline’…I am a drum major for justice!”
But I promise you, it’s all out of love, and I promise you, I don’t have all the answers. I’ve just tried to learn from my mistakes.
Just this past Christmas Eve, I ran into one of the only students I ever referred for an expulsion when I was a headteacher on the west side of Chicago. I was in a lift, headed to dinner, scrolling through my Instagram timeline. The bell rang, doors opened and I heard a raspy but warm voice say, “Hello, Ms. Hanks.” 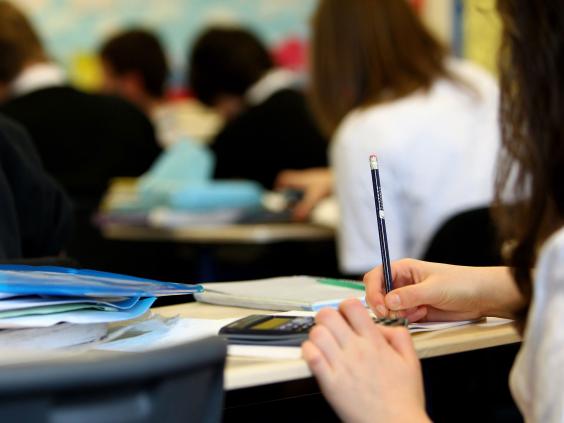 My eyes lifted from the screen to see this tall frame and familiar smirk standing before me. I remembered the incident quite clearly: He brought a BB gun — a very realistic-looking BB gun — to school and I was livid at the time. I wasn’t angry at him because I thought he wanted to hurt anyone, because I didn’t truly believe that he did.
I was angry because I had busted my behind for almost two years at that point to turn that school around, and establish community, and to repair the climate and to make kids feel safe. His bringing that BB gun wasn’t just a threat to safety but a threat to me and the reputation I was building for myself and for the school. And nobody was going to compromise that.
At the time I couldn’t separate the child from the act. I couldn’t find that powerful and potent “just mercy” that Bryan Stevenson so passionately and poignantly describes in his book. So I went to my code of conduct, which at the time treated toy guns, BB guns and real firearms the same — and I referred him for expulsion.
“Hey sweetie, how are you?” That’s all I could manage to get out of my mouth. My heart was pounding and in that moment I felt the full weight of my decision rushing at me all at once. Is he still in school? Has he been in trouble with the law? Did I toss this child into the pipeline? My mind was racing and for a moment I felt like I couldn’t breathe.
“I’m cool, I’m cool. I’m at Phoenix, you know, the military academy. My grades are good. I’m getting ready to take the ACT. I was actually going to come by the school to get some help with that.” 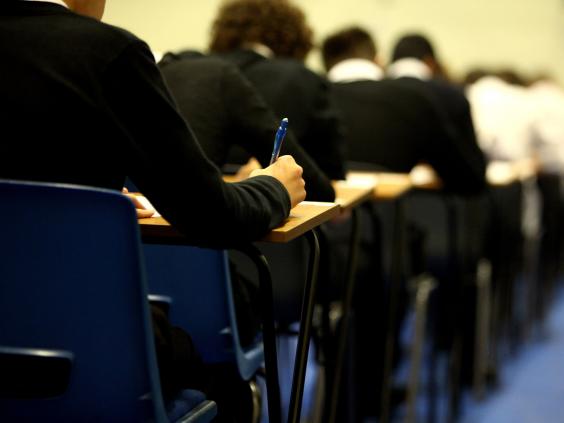 I was selfishly relieved that despite my lack of compassion and understanding, or patience or mercy, that he seemed to be thriving — and that, by the grace of God, he hadn’t wound up in the juvenile justice system.
We chatted for few minutes. I fished a business card out of my tote bag, gave him a hug and told him to call me so I could make sure he was well prepared for the ACT.
“Ok, cool. Merry Christmas, Ms. Hanks,” were his parting words, and we both went our separate ways.
I cried as soon as I got in the car and all the way to dinner.
I prayed for forgiveness for that time and any other time I betrayed the privilege given to me to be a steward and protector over the children I serve. For anytime I never just let my students just be kids. Goofy, carefree kids that make mistakes — sometimes big and sometimes small. For holding kids to standards that I don’t even hold myself to, quite honestly.
As I tried to pull it together, I could hear my grandmother’s voice saying: “Brand new mercies baby. We all get brand new mercies each day.”
So today I’m grateful. Grateful for the grace that someone extended to that young man when I myself couldn’t muster it up. And grateful that I’ve got a chance to get it right in my current role as the chief of schools in Madison, Wisconsin.
In March of 2014, under the leadership of my superintendent and mentor Jennifer Cheatham, after months of input and feedback from our community, we passed new policy. It departed significantly from the district’s past code of conduct, which was based on a zero-tolerance approach, and made a strong commitment to an approach that is grounded in teaching and learning, interventions and restorative practices.
It was a courageous and conscious choice that included the elimination of suspensions in preschool through third grade and a drastic reduction in the number of suspendable and expellable offenses in grades four through 12.
In our first year of implementation we saw suspensions decrease by more than 40 percent across the district, which restored 1,900 days of what would have been lost instruction — 1,200 of which were for African American students.
Each day our team continues to refine both the policy and the implementation of the plan, and there still more work to be done. But that’s my contribution.
When you know better, do better.
Thankfully that applies to all of us. We all have access to those new mercies each day. A chance to walk out of here — to do over — to try it another way and to own our power to dismantle the pipeline.