A total of 204 examinees were expelled across the state for using unfair means in the intermediate examination on the second day today. Besides, three persons in Arwal and Gaya districts were arrested for allegedly impersonating as candidates, a statement issued by the Bihar School Examination Board (BSEB) that conducts the examination said here. 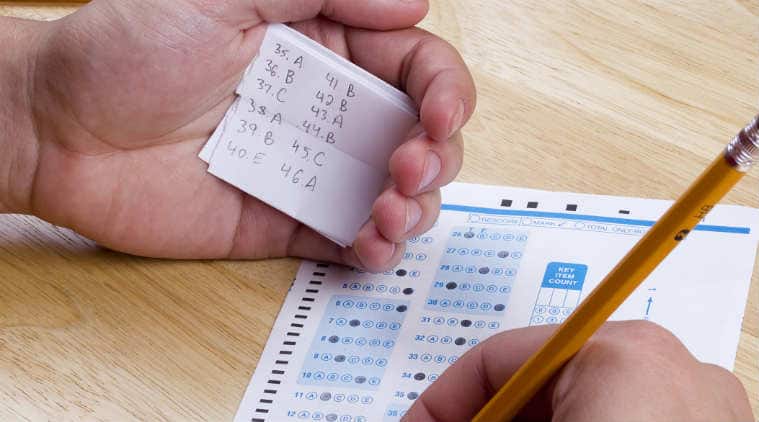 If the candidates barred from the rest of the examination, Bhojpur district accounted for the most (28), followed by Jehanabad (20) and Patna (16), the statement said.

The intermediate or state plus two examination had drawn nationwide condemnation last year following surfacing of ‘toppers scam’ in which Arts topper Ruby Roy had described her subject as “Prodikal science” in place of political science which, she had said, was related to cooking.
BSEB Chairman Anand Kishore tried to ensure cheating-free examination this time by spending the day making surprise visits to several centres where he himself frisked examinees.
Patna District Magistrate Sanjay Kumar Aggarwal also visited some centres and frisked students.
The state plus two examination are being held at 1274 centres across Bihar and would end on February 25.