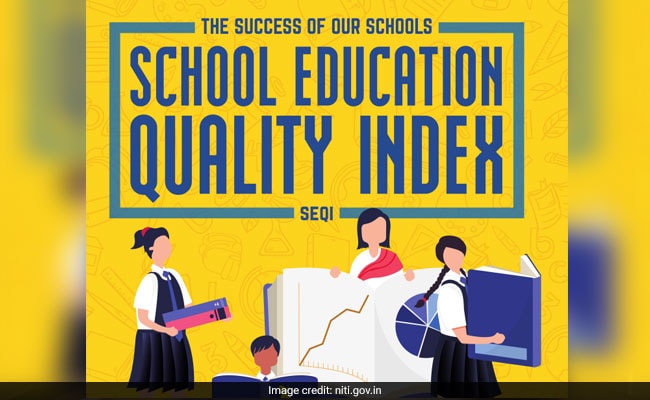 NEW DELHI: The government think tank, NITI Aayog, has released the School Education Quality Index (SEQI) which evaluates the performance of states and union territories in the school education sector. With this index, the government identifies the strength and weakness in school education and takes required correction measures like policy interventions to rectify them.

Among all the improving states, Rajasthan has made a quantum jump in the education sector by scoring more than eight percentage points than its previous score. Other states like Haryana, Assam, Uttar Pradesh and Odisha have improved their ranking as well