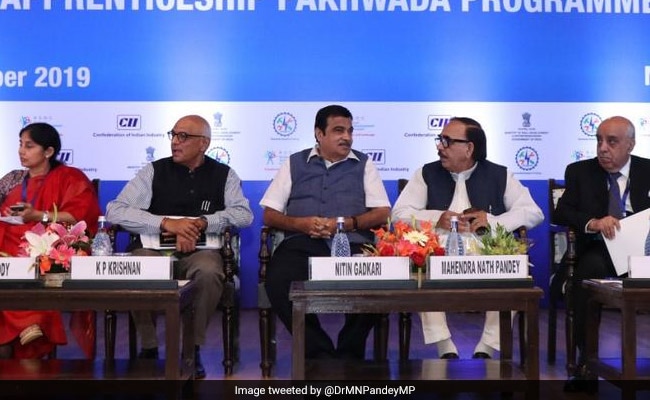 NEW DELHI: The 15-day Apprenticeship Pakhwada (Fortnight) which saw participation of State Governments and the Industry came to a close today with the commitment to contribute 7 lakh apprentices in the current fiscal year. It is speculated that the number of apprentices would have doubled after the 15-day Apprentice Pakhwada.

Apprenticeship Pakhwada, which literally translates to Apprenticeship Fortnight, was launched in Delhi on September 30 by Dr. Mahendra Nath Pandey, the Minister of Skill Development and Entrepreneurship. Many significant reforms were announced during this period including a stipend to apprentices between Rs. 5000 and Rs. 9000.

The Government had introduced comprehensive reforms to the Apprenticeship Act, 1961 in 2016, a move that saw about 7.5 lakh apprentices engaged in a span of two and a half years.

In the 15 days of the Apprentice Pakhwada, the industry has committed to engage 4.5 lakh more apprentices with States committing another 2.5 lakh apprentices. MSDE pledged Rs. 560 crore to State Governments to promote demand-driven and industry-linked skill development and signed 22 MoUs with various states through Third Party Aggregators (TPAs).