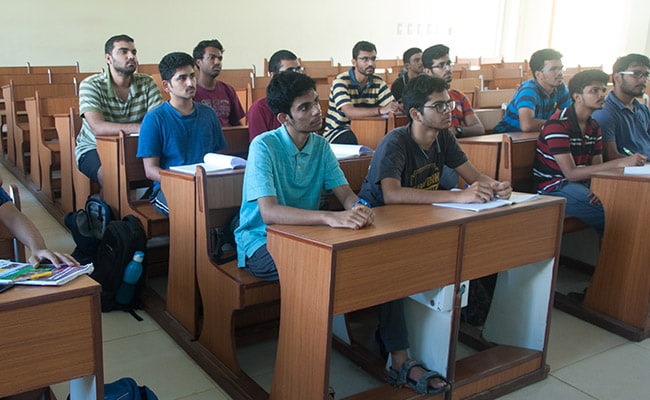 NEW DELHI: While the first batch of Inter-Disciplinary Dual Degree (IDDD) program on Data Science at IIT Madras prepares for the conclusion of the program, the institute is already planning to double the number of seats given the positive response from the industry as well as demand from the students. The first batch of IDDD comprises 30 students from across the disciplines. The batch will appear for campus placements shortly.

IIT Madras went through a massive curriculum overhaul in 2015 to allow flexibility of choosing courses across disciplines. In particular, IIT Madras provides its undergraduate students an option to upgrade to IDDD programmes, where the students will study for five years and obtain B.Tech. in a parent discipline and M.Tech. in an interdisciplinary area.

The IDDD Data Science Students will have a bachelor’s degree in the major they opted for when they joined, as well as a Master’s degree in Data Science, enabling them to apply their Data Science skills to solve problems in their parent discipline. This is a one-of-its-kind interdisciplinary programme in the country, providing students with a strong foundation in both their parent discipline, as well as frontier areas of data science.

Prof. B. Ravindran said, “Data Science is greatly impacting every discipline and the graduates of this programme, by virtue of their interdisciplinary training, are well equipped to be leaders in a digital world.”

Students taking the course will also intern at companies and take up projects in data science. More than half of the students chose to take up projects that applied data science in their parent discipline. Students from eight of the 10 eligible departments in IIT Madras have already enrolled in this course.

Highlightling the benefits to students, Dr. Nandan Sudarsanam, one of the instructors in the program, and Associate Professor, Department of Management Studies, IIT Madras, said, “In addition to enabling the students with the tools to be more impactful in their respective domains, this program allows students to make lateral shifts in their prospective careers.”

According to a study of the Artificial Intelligence and Data Science job market, 40 per cent of global companies struggle to hire and retain data scientists. One-Third of the top 400 Indian companies lack state-of-the-art Data Analysis Tools and Personnel. Further, the study estimated that 364,000 new jobs will be created in Data Science/Artificial Intelligence by 2020 in India. However, another study estimated that India had only around 80 full-fledged researchers (as of 2018) in Data Sciences.

With the tremendous availability of large volumes of data across several domains, there has been an explosion of interest in all aspects of handling and understanding data.

Data Science is bringing together of all aspects of technology required for gathering, storing, analyzing and understanding data. This includes storage technology, distributed computing, data-driven modelling, data analytics and mining, visualization and security, among others. Given that proper interpretation and modelling requires good domain understanding this becomes an inherently interdisciplinary endeavour.

Annual Board Exam Season Set To Begin Across The Country; Bihar Board, CISCE Class 12 Papers From Tomorrow