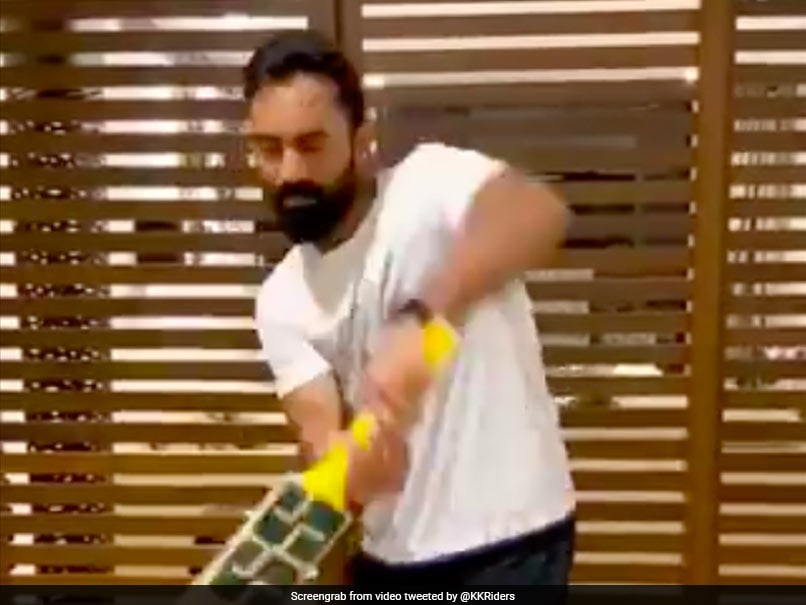 Indian cricketer, Dinesh Karthik, in a live YouTube session with National Programme on Technology Enhanced Learning (NPTEL), a joint initiative of IITs and IISc, talked in detail about various scientific and technological aspects in cricket. 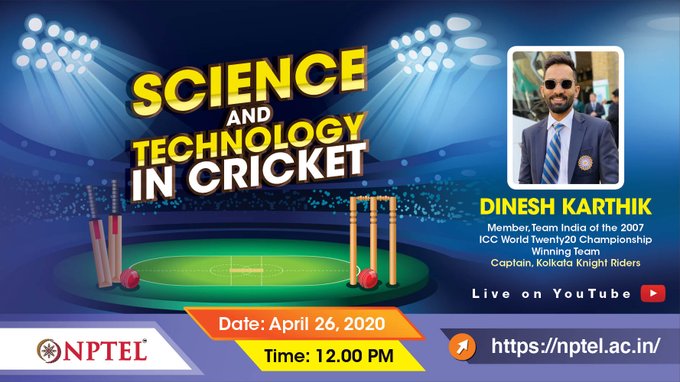 20 people are talking about this

To the question on how cricket bats have changed through the years, Mr Karthik who has over 20 years of experience in the sports said that bats have undergone lot many changes. The bats used in the era of Don Bradman is much different from the one we are using these days.

He said that the average weight of the cricket bat that a player uses today is 1120 grams.

He went on to explain that mostly in one day cricket or T20s cricketers use a lighter bat when they start the inning and then they play with heavier ones as the inning progresses.

With a lighter bat the downswing or the ability to swing the bat is higher and it also helps the player to play shots instinctively whereas with a heavier bat the chances of the ball going farther is higher.

When asked about safety gears, he said helmet is one of the safety gears that has undergone tremendous changes through the years. These days titanium is used in cricket helmet to make it lighter so that it doesn’t put a strain on the player when worn for a longer time.

He talked about the backstrap that has been added recently to protect the neck.

On cricket shoes, he said most sportsmen use spike shoes.

He said in cricket batsmen use half-spike shoes and bowlers use full spikes. “A bowler, after bowling, lands on the ground with approximately 7-8 times of the body weight, and in this case spikes provide support,” he said.

He also said that most cricketers wear different shoes for batting, fielding and bowling.

He also said data analytics has a key role in the auctioning process and is also used to pick or judge a player.

Most of the data analysts are cricket nerds, he said while adding that  he is very happy to share his knowledge with others about cricket.

The NPTEL was initiated by seven Indian Institutes of Technology (Bombay, Delhi, Kanpur, Kharagpur, Madras, Guwahati and Roorkee) along with the Indian Institute of Science, Bangalore in 2003. It began offering open online courses in March 2014 along with certificates from the IITs/IISc for those who completed the courses successfully.