Gujarat State Board has released question bank for students who are preparing for national entrance exams like JEE or NEET, or state entrance exam GUJCET. The question bank has been released for four subjects – Chemistry, Physics, Biology, and Mathematics. 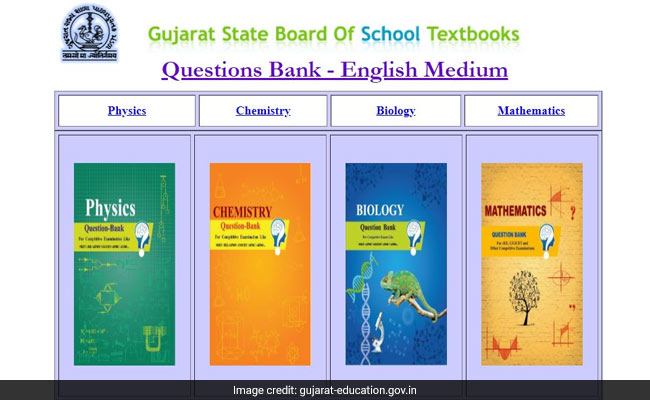 Students can easily download the question banks, which are available in pdf format, from the Gujarat Board website.

Gujarat Board had released the GUJCET admit card and had scheduled the exam on March 31. However, the exam was postponed due to the lockdown announced due to the coronavirus crisis. The new dates for the exam are yet to be announced.

The board holds the GUJCET exam for Groups A, B, and AB. The exam is held for admission to degree/ diploma programmes in Engineering and Pharmacy. The syllabus for the examination is in accordance with the NCERT curriculum prescribed for Higher Secondary classes. There are 40 questions from each subject – Physics, Chemistry, Mathematics, and Biology. Each question carries one mark.

Gujarat Board, in a related development, released the provisional answer key for 12th Science exam. The board usually held the GUJCET exams after the board exams were over in the state and released the result for GUJCET immediately after announcing class 12 Science stream results.